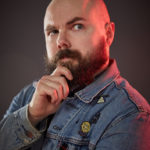 Andrew Bowser directed his first feature, “The Mother of Invention” in 2009 and it debuted at The Hollywood Film Festival that year. The following year, he crafted the found-footage horror/comedy “Jimmy Tupper VS The Goatman of Bowie” which had its premiere at the 2010 SXSW Film Festival in Austin.

In between that feature and his next, he began directing music videos and short films that eventually led to his third feature, “Worm” which premiered at Seattle International Film Festival in 2013 and was nominated for the New American Cinema Award.

That same year, he began working full-time for Nerdist Industries (later Legendary Digital Networks). In his 5 years at Nerdist, he has helmed a number of the company’s most viewed videos, and directed the bulk of their narrative branded content. He wrote and directed all 8 episodes of “Welcome to the Shadow Zone”, a web series featuring his viral character, Onyx The Fortuitous and completed a proof of concept short “House Mother” just last year as a pitch for a horror feature.

He has worked with Funny Or Die, Overwatch League, and companies such as Chrysler, Toyota, Twix, Warner Bros, Blumhouse and more. He acts as “in-house Director” for Nerdist while also maintaining his own successful YouTube channel bolstered by nearly 200,000 subscribers. Just last year, he created the short film “The Mystic Museum” as a proof of concept for a Nerdist television series.​

In 2020 Andrew wrote and directed several short films including “Little Willy”, “Self  Tape” and “Thrill Me! 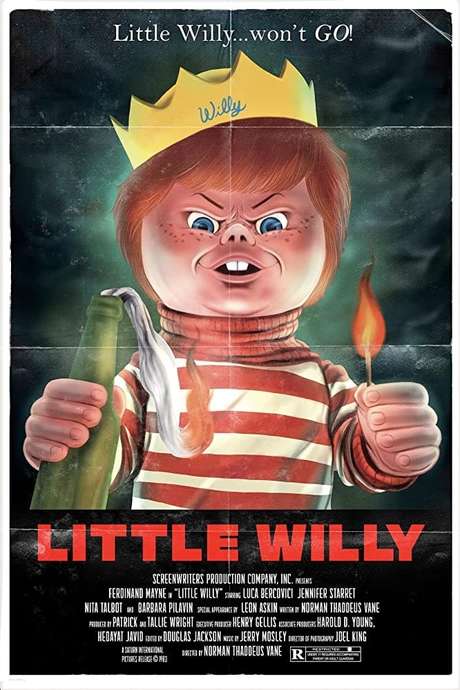 I’ve always connected to Ed Harley from PUMPKINHEAD. I’ve never experienced the kind loss he does in the film, but the love for family and the temptation of revenge - I get it! Then on a lighter note, Billy from Gremlins. I’ve always hoped to discover a Mogwai at some point in my life!

I don’t find that I cycle through “bad” ideas as much as “half-formed” ideas. But what normally happens is, I may see an idea initially as fully-formed and substantial enough to make a short or feature, but then I realize, the deeper I dig that small idea was merely a PIECE of a larger idea that I then hit upon while fleshing out structure/story.

Sure! That’s a hard thing to gauge, but I think I’ve made a number of shorts and even a few small features that show my love for the genre. I think anyone that loves the genre is a part of the community!

My interior emotional life! Ha, my whole life I’ve been accused of spending too much time “in my head”. Now I realize, while that can be unhealthy at times, I now have a plethora of personal stories and real world “characters” to base my projects off of. Everything in my scripts tether back to an emotional experience I have had in my life.

That’s a great question…my film “Little Willy” is basically about ME waking up inside a horror film. It’s a horror take on my own feelings of personal and career failure. So in essence, the film is about what would happen if I woke up in my own horror film!

I love things being grounded, but still absurd and a bit heightened. So I think of Joe Dante and Tom Holland with the worlds they built. Also Fred Dekker. I think they were masters of heightening and stylizing but not FULLY leaving a familiar reality.

Failure! And insignificance. That fuels everything I do in horror and outside of horror. Most of my characters are being chased by feelings of failure or threatening dread. They either become the hero and overcome those feelings, or succumb to them and become the villain.