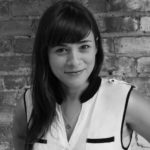 Driven by a passion for innovative storytelling and powerful imagery, Annick Blanc has directed three short films and has produced ten. These films have screened at festivals like Palm Springs, Créteil, Vienne Independent Shorts, FNC, TIFF, Sundance, and Locarno. She is currently developing her first feature, entitled Grand Nord.

THE COLOR OF YOUR LIPS 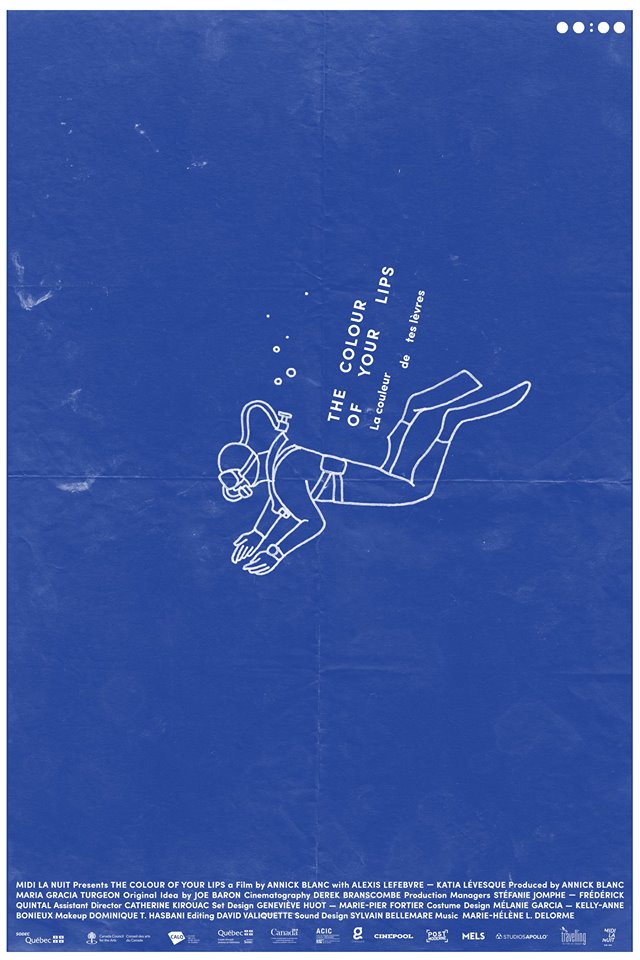 I relate to Ellen Ripley from Alien. I was always really impressed by her will and her intelligence. Things always got worst for her every minute, and she always found a solution and a way out. She has no fear of dying which I admire most. And she kicks a lot of ass. Also my mom kind of looked a bit like Sigourney Weaver when she was young… which also makes me view Ellen Ripley as a mega superhero I’d like to be.

Oh there are many bad ideas all along the path of filmmaking… For example, in this particular short, I don’t know why everybody was convinced that we needed a scene that explained why the cars didn’t work after the incident. In the end when we cut that scene from the film, nobody was missing it. We could have saved half a day of shoot there which is crucial on a short film. I also find it is sometimes really hard to foresee a bad idea for a shoot, in pre-production, because we always explore new worlds. When we did the fitting with the main actor for this film in a diver store : he was trying the costume inside, moving a lot, he was suffocating. He was certain that he was going to be hot on set, so we chose the thinnest diving costume. When we arrived for the first day of shoot in cold and windy Gaspesie, the poor actor was freezing. After an hour of prep he admitted that he doesn’t think he can survive the four days of shoot in such a thin costume. Luckily, we had brought a back-up costume which was thicker but wasn’t pathed up. We lost 3 hours of shoot on the first morning. I guess there is no way to avoid mistakes and bad ideas, the only way to overcome it all is to welcome the chaos when it arrives with a smile, laugh it away, move on quick and forget about it.

I don’t think I could say that. I feel part of a film community for sure, but I don’t feel it is subdivided by genre. The films I direct are often tinted by psychological horror, but the films I produce and watch are really diverse. I am fascinated by the horror genre, but I hope I’ll have the chance to explore many styles in my career like comedy, animation, bio pic and even maybe a children film.

Many places! Of course films, photography, books, life, museums. But I have to say that after searching for the end of this short for more than a year, it finally came to me in a dream while taking a nap next to my good friend / hypnotherapist. Since then, when I am stuck, I sometimes try to fall asleep while seeing the movie I am writing in my head. Sometimes I wake up with a great idea!

I would probably crumble up and cry… hide maybe. I am a bit of a wimp.

If I could do anything, I guess I would gather up a bunch of weirdos : the tire from Rubber, the one who can make people’s head explode, Chucky, I guess for his 100% evil mind and humor, and maybe I would bring back Ellen Ripley to talk some sense into us.

The human nature and its flaws scare me. Of course, it is a big inspiration. It is so easy to imagine ourselves as courageous and full of empathy, but we can’t know for certain how we will react in a zombie apocalypse or around the last piece of cake on earth. My storytelling stems from these themes.

I am sorry… it is probably a bit cliché, but I don’t think this film can be dethroned as the best scary movie ever made : The Shinning. This film is simply a masterpiece.