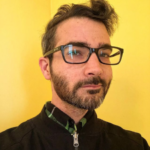 Charles Pieper is a Los Angeles based writer/director. He’s directed numerous short films and has written several feature screenplays. He comes from an animation background, specifically stop motion, but works most frequently in live action production.

His short film ‘Malacostraca’ played in over 30 festivals across the world including top horror fests such as Overlook, Beyond Fest, and Motel X, before premiering online at Director’s Notes and then ALTER. The feature length screenplay expansion of it was a horror semi-finalist in the 2021 Austin Film Festival.

He most recently produced the new stop motion animated short ‘Everybody Goes to the Hospital’ which is currently making the 2022 fest rounds. He attended Emerson College in Boston as well as studied film and animation at FAMU, NCSA, Calarts, and MassArt. 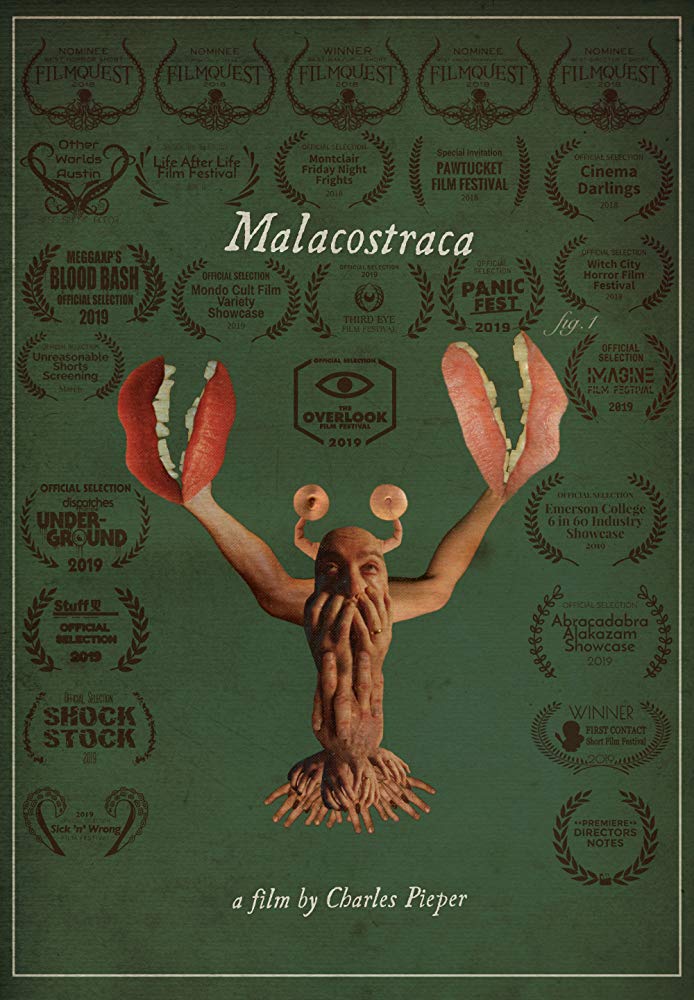 The elevator from 'The Shining' for I too am full of blood.

Arguably wanting multiple feature film quality practical creature puppets in a short film was a 'bad idea' in regards to 'finances' and 'time' but in the end I am glad I did it! As for moving past bad ideas I find it's best to consider them like roadkill. You may notice them, they may even be intriguing, but it's best to just keep on trucking on to the destination.

I draw inspiration from the world around me. For instance I live in Los Angeles but am really not a fan of heat or bright sunlight so I channeled my feelings of uncomfortableness about this into 'Malacostraca' (and many of my other shorts for instance).

I'd try to go right back to sleep immediately.

We shot in a 100 year old mansion that had been built by an eccentric Italian millionaire back in the 20s. So the house fit the off-kilter ominous mood of the film perfectly. The production designer Michelle Patterson did wonders with bringing in antique props and strange items to further boost the uncomfortable feel of the house indeed though.