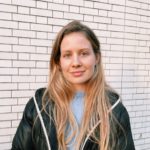 Chloë is a writer/director based in London. In 2021 she directed CRADLED, a single drama for Channel 4’s emerging talent series ‘On the Edge’. She has two feature films in development with Gingerbread Pictures/BFI and Escape Plan. In 2022 Chloë is directing three episodes of a new TV series for streamer Paramount Plus. She is also developing an original series THE SOURCE with Mam Tor commissioned by Sky, and an episode in the female-fronted anthology series HER HORROR for Shudder / AMC Plus. Previous shorts include CUBICLE, FRAGILE PACKAGE and THE WYRD. 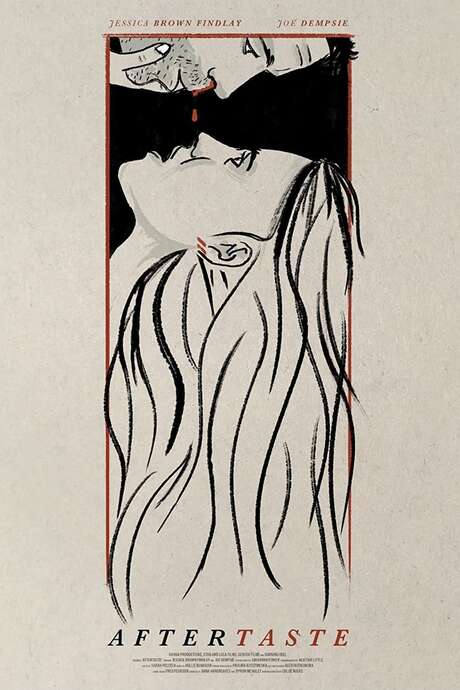 What inspired the film? What interested you in the idea?

I had been looking to make another short for a while, and wanted to make a film that could straddle a line between warm, hopeful romantic-comedy and moody, dangerous genre piece, a challenge which excited me tonally. I struggled with finding the right story vehicle for that, and sort of gave up. But then Aftertaste - the character of Moll and the situation she’s in with her friend - arrived in my head almost fully formed one evening. It was a good lesson in unclenching as a writer and not overthinking, letting the idea arrive in its own time. I was interested in using genre to tell the familiar story of two friends trying to explore a romantic relationship, taking inspiration from how the dynamics of this have played out in my own life. The awkward, delicious early stages of a new romance have such high stakes - you don't want to put a foot wrong or reveal anything too strange about yourself for fear it will spook the other person. Our private self is so much more vulnerable and idiosyncratic than the often shinier, harder-edged social selves that we project. Vampirism struck me as an intriguing way into these ideas, as Moll’s violently physical need for blood naturally sits in conflict with her desire to be gentle with the person she cares about.

What were you hoping to achieve with the film? Why did you make it?

I wanted to explore intimacy, shame and female appetite. And I wanted to tell quite a personal story, dramatizing that relatable tension between wanting to get close to someone but worrying about the consequences if you do. I also wanted to make something where the horror is actually kind of a facade; those elements help us understand the stakes but ultimately they fade away to give space for something that’s much more human and real.

How was the film made? What processes, techniques, or new methods did you use in making your film?

I took the script to my friend, Anna Hargreaves, a fantastic producer and development exec. We shot Aftertaste a few months later, just a few weeks before the pandemic arrived. We filmed it over two days in one location. I love contained environments; you can really focus on performance and the minutiae of characters’ interactions, with the added bonus/necessity of keeping the budget manageable. I was very lucky to work with the brilliant actors Jessica Brown Findlay and Joe Dempsie who both brought such nuance and energy to their characters, and were incredibly lovely people to collaborate with. We worked with an intimacy coordinator (the brilliant Louise Kempton who was introduced to us by ‘Intimacy on Set’ founder Ita O'Brien) which was creatively liberating and a lot of fun. I'm thrilled that intimacy coordination is becoming the norm, empowering actors, directors and crew to feel more comfortable and safe shooting intimate scenes. Through giving everyone involved a specific language and creative structure, we were able to be more playful with the choreography and shoot the intimate scenes in a more stylistically exciting way. I also loved working with DOP Alistair Little, who is a fantastic artist and collaborator. We were completely on the same page about creating a moody but sumptuous palette and style. We talked a lot about finding a camera language that would sometimes feel intentional and calculated, like the vampire making her next move, but also leave space to be intimate and grounded at certain key moments.