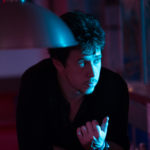 Chris is a multi-award winning director whose work has been shown at film festivals worldwide, including Fantasia, London Shorts, and Raindance. His most recent film Oscar’s Bell won numerous awards and accolades including collecting Best Short Film at Dead by Dawn, British Horror Film Festival and was nominated for Melies d’Argent Grand Prize of European Fantasy Short Film Award. Raindance called his previous film Balcony; “A well-made and unique, but more importantly, intriguing piece of work that leaves you thinking about it after the… final second has passed”.

Chris is currently developing his debut feature film ‘Those Who Remain’ with Nuclear Tangerine. 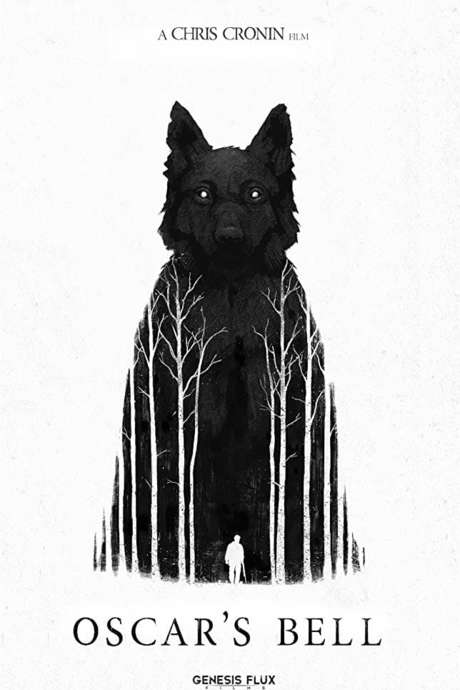 Father Damien Karras (The Exorcist) is someone I always empathised with. He struggled with belief but never morality and even though he was a Psychiatrist, he was also a man of faith. I don't personally believe in ghosts and demons but you wouldn't catch me playing with a Ouji board anytime soon.

I did a 48 hour film challenge and actually followed the rules. I didn’t prep or plan anything and went in completely blind. I had this molecule of an idea where a criminal sees a family leaving their house in a hurry and proceeds to take advantage of the situation. The house is quite clearly haunted but the criminal is too much of an opportunist to realize and pays the price. I quite like that simple concept but the film isn’t great. I think it’s down to realizing even with a good concept, you really need to give it time to breathe and fully form. If you put it in a drawer and look at it again fresh in two months and still like it then there’s probably something to it. I get excited about prep now. Storyboards, rehearsals and battle plans make me feel that the project is real and ready.

I think I’m more of a fan. Since making ‘Balcony’ and ‘Oscar’s Bell’ though I’ve had the pleasure of hanging out with horror enthusiasts and creators a lot more. I have quite a few horror friends on Facebook from around the world now which is great so I’m definitely starting to feel more like I’m part of the horror community. It’s such a supportive and collaborative group. They want you to scare them, filmmaker or audience alike. ALTER definitely legitimizes my horror credentials too.

I try to place the situation in the real world so it could happen to you. Recently I’ve started to focus more on the psychological elements and then the visual. Where can someone be compromised and their inner demons or fears come out? In terms of horror content, I take inspiration from sharing and reading on Reddit; reading ghost stories; and playing horror video games.

NOT GO INTO THE WOODS!

I don’t know if i’d have a squad but if I could have evil on my side against an opponent, I’d go with any Eldritch Location. Give me Silent Hill or Overlook Hotel to take someone out.

I think most directors in horror are directly or subconsciously utilizing themes or ideas that scare them. The core of Oscar’s Bell for me is the idea of something deceiving you by portraying someone you love and trust. The idea of something imitating a loved one to get to close to you haunts me. I remember when I was little and sleeping on the top bunk in my bedroom. I opened my eyes in the middle of the night and my Mum was just standing in the bedroom doorway, incredibly still and just staring at me in the dark. I remember that it felt very grey as my eyes adjusted to the dark and she was wearing a white dressing gown. I called out to her a few times but she didn’t seem present, her stare was dead-eyed and went right through me. She never moved, blinked or appeared to be breathing. I pulled the covers over my head and didn’t come out until morning. My mum says she never got out of bed that night and thought I was just being silly. The idea that someone who looked just like my Mum and was just looking at me freaks me out!

I was really into movies from a young age so I had been given this cassette tape of ‘Movies Greatest Themes’. It had “Power of Love”, “Axel Foley” and all these cool, fun tracks on it. There was one I really liked and it felt quite peaceful but my dad would constantly ask me to skip it. When I asked him why he said it’s from a film that really disturbed him. It was ‘Tubular Bells’ from The Exorcist.  Even if its themes and tropes don't resonate as strongly now, the technical and creative craftwork of the movie still holds strong for me to this day. The Exorcist definitely.