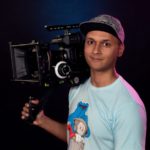 Clint has grown up loving the world of “Lights, Camera, Action.” He started out in this industry by acting but quickly realized that it was a tough market for a minority to get diverse roles. With that in mind, he decided to write, produce and direct his own movies. Within a year as a film-maker, his first film ‘Two words too many’ also won the Audience Award at the Art Color Digital Cinema International Film Festival in 2016. Since then, Clint has directed, produced and worked on several award winning short and feature films with the intention of entertaining the masses and, more importantly, giving new actors a chance to break into the industry. 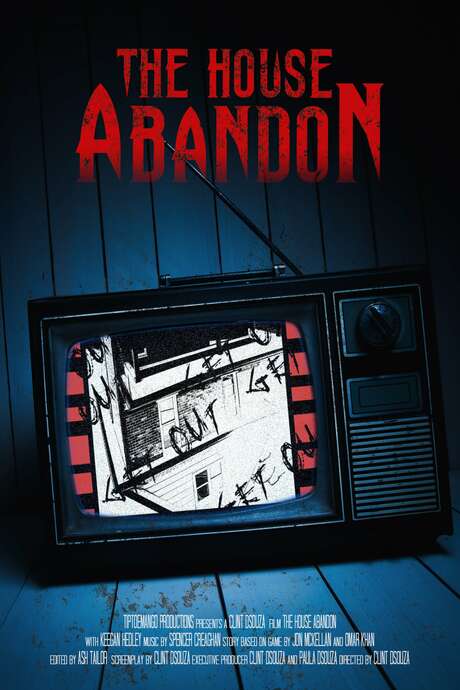 None of the main character but there’s always the one who says “relax guys, horror movies ain’t real” when the weird stuff starts happening and then dies. That’d be me!

I don’t believe ideas can be bad. Ideas are merely a suggestion on what can develop into a viable screenplay. Now the screenplay can be bad if it’s poorly written and not because of the idea. Who’d have thought that a combination of a live-action noire detective and a silly cartoon “Who framed Roger Rabbit?” would work? Or the idea of making movie out of the board game “Clue”? Or the craziest one of all….a puppeteer who discovers a portal that leads literally into the head of movie star John Malkovich in “Being John Malkovich”. All these seemingly bad or crazy ideas went on to be hits in the box office.

Yes. Here in Toronto, Canada. We have a big horror scene and festivals like Blood in the snow, Toronto After Dark and Toronto International Spring of Horror and Fantasy Film Festival that I frequent either with my movies as a filmmaker or just an audience member enjoying the thrills and horrors from around the world.

I look at past horror movies that were an inspiration and try to build on that. I also try to ground my films in reality, so lot of research into what I’m looking for is key.

Hopefully it’s one of my comedy movies because that would be a great escape from the grim reality we live in. If it happens to be one of my horror movies, I think I’ll have an edge as I know what happens and how to deal with the horror characters. I did write it after all!

The Thing, Freddy and Xenomorph. Can’t imagine how you’ll survive this. Maybe I’ll throw in Chucky for good measure….kids will never look at toys the same again.

Film-making is a team effort. I’ve got a great production designer – Vincent Moskowec who not only builds the sets but acquires the props and dresses up the set exactly as I envision it. I tell his what I’m envisioning and the emotion I’m going for and he makes it happen. Team work makes the dream work.

The scares I can’t get over are the ones I never saw coming. Horror story-telling has a lot in common with magic. Magicians trick their audience by misdirecting them or creating an illusion so they don’t see the trick coming. Horror writers have to do the same so the audience doesn’t see the scares coming. I look at scares that worked on me in the past and rewatch to see how the deception was created. I try to incorporate that into my work.

Like I mentioned above, the scares I don’t see coming are the scariest. Only one movie managed to do that and it was “The Ring”. When I watched this movie, I didn’t watch the trailer or read about it, so I wasn’t ready for any of what transpired on the screen. Nor could I predict the scares…..that scary TV scene with Samara, I didn’t see coming at all. For a week or two since watching that movie, I couldn’t sleep in any room that had a TV.