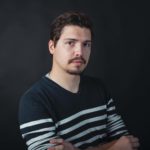 Gautier Babe is a French scriptwriter and director. He directed his first short film WARGAMES in 2014. Describing metaphoricaly the war in Syria, the film has been shown in many schools for educational purposes and has won the Prodij Prize.
His second short SUNSET IDOL has won multiple festival selections accross the world. At the same time, he wrote 100% ORGANIC, a grotesque gore film produced by Crypt TV, with more than 4M views on social networks.
He is currently working on feature films and TV series with Block 8 Production, a film society located in France.

LIFE AND DEATH OF A LIVING DEAD 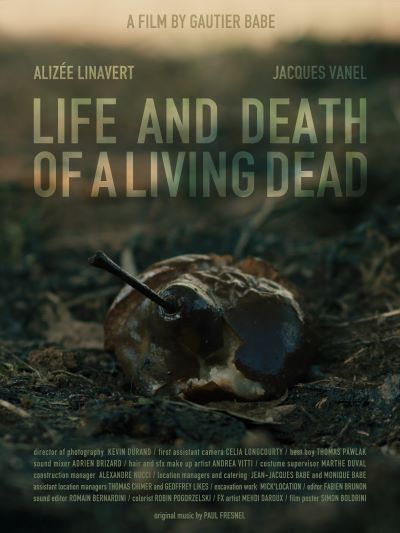 Alonzo, in THE UNKNOWN (Tod Browning, 1927). He is by far the most tragic, heartbreaking monster ever made. This surrealist film is one of my favorites.

My first intention was to introduce dialogues or voice over in my movie. However, after the shooting, I realized it was useless. If you can tell a story only with sound and image, then it will be powerful. No need to explain. Just watch and listen.

Of course. When anybody see me on the street, they automatically run away ;)

At the beginning, it's just some visual ideas, often inspired by some paintings. For LIFE AND DEATH OF A LIVING DEAD, I used OPHELIA by John Everett Millais as a reference. It helped me to define the colors (shades of green, grey and blue) and the tonality of the film (melancholia and the connexion between birth and death).

I would just sit down on the grass, breathing and thinking. My film is full of contradictory emotions but, in fact, it's definitely a time for quiet reflexion and meditation.

Jack Torrance from SHINING, the all team from FREAKS, Klaus Kinski's NOSFERATU, Seth Bundle from THE FLY and the serial killer from DON'T LOOK NOW.

I do not create props myself and I always work with the set decorating team. We don't really notice the incredible amount of work needed to create a set, even for a simple bedroom or a kitchen. Especially with low-budget short films where you need to be more creative than ever.

For me, the ultimate fear is the idea of life ending regrets. Imagine you are on your deathbed. The darkness slowly comes. It's all quiet. As you're comfurtably sliding into death, you're suddenly thinking: “Wait, what? Why did I do that? Perhaps it is still time to repair the bullshit I made”. And then, you die. My short films are mostly integrating that idea, in a way or another.

COME AND SEE (1985), even if it's not considered as horror. It is not a war film but a film about war. Terrifying, astounding, unforgettable. A must-see.