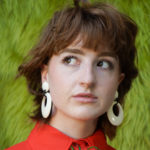 Her work is an amalgamation of queer and feminist horror, camp, and her love of retro design and fashion. Hannah directed, produced, and co-wrote the sex positive neo-giallo, FANATICO in 2018, and wrote, co-directed, and co-produced the creature featurette, Camp Calypso in 2019. She is currently writing an installment to the MFF anthology, titled Baby Fever, slated for release in 2022. In addition to her work under Monstrous Femme Films, she also produced the upcoming short film, Operation Y2K.

Hannah has worked as a Production Assistant for companies such as Warner Bros, Netflix, and Hulu, and as a Production Coordinator for various commercials. She is currently working as the Director’s Assistant on Crypt TV’s Girl in the Woods. She is 23 years old, and recently graduated from Portland State University with a bachelor’s degree in film. 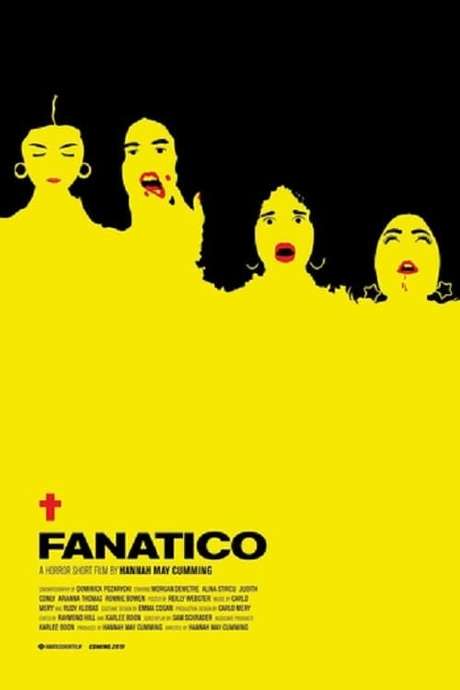 Mary Lou Maloney from Hello Mary Lou: Prom Night 2! I aspire to be that much of a ruthless bitch.

There are no “bad” ideas in horror! I entertain every idea that I have, and sometimes they manifest into something great and sometimes they’re just not worth it, and that’s okay. Some of the most entertaining horror movies were once bad ideas.

Absolutely. I’ve been a horror fan all of my life, starting with my obsession with Goosebumps at a very early age, to making horror videos for youtube throughout my childhood and adolescence...I love attending horror conventions, screenings, and festivals...I’ve also been a loyal Shudder and Fangoria subscriber for years, and I watch The Last Drive In with Joe Bob Briggs every Friday. The horror community is family to me. I also co-founded the feminist horror collective, Monstrous Femme Films, to showcase our films as well as original reviews, articles, podcasts, and other horror related content.

My work involves subverting existing horror subgenres, such as the “Giallo” genre with FANATICO, so I watched a lot of Argento, Bava, and Fulci to try to stay true to that style. I would say that in general I look to older films for inspiration, I love everything horror from the 1970s! I’m also really into retro design and fashion, so I just always try to incorporate that into my work.

I would ask Daria out. Who wouldn’t?

Ghostface, Frankenhooker, Leatherface, Audrey II, and Frank-n-Furter. I feel like we’d have fun.

I like to incorporate social issues into my work, because I’m pretty scared of the current socio-political climate. Our second film, Camp Calypso, deals with misogyny and toxic masculinity, and my next film, Baby Fever, is a pro-choice pregnancy body horror. I actually spent several years of my life in the Bible Belt and am terrified of religious radicalism, which is definitely evident in FANATICO.

You really can’t ask a horror fan to pick just one favorite...I would say The Brood or The Texas Chain Saw Massacre!