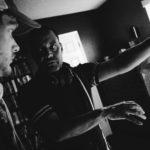 Jeffrey Reddick is best known for creating the Final Destination (2000) film franchise. He also co-wrote the story for, and executive produced, Final Destination 2 (2003). Jeffrey lives in Los Angeles. He grew up in Eastern Kentucky and attended Berea College. Jeffrey made his first connection to the film industry at age 14, when he wrote a prequel to A Nightmare on Elm Street (1984) and mailed it Bob Shaye, the President of New Line Cinema. Bob returned the material for being unsolicited. But the young man wrote Bob an aggressive reply, which won him over. Bob read the treatment and got back to Jeffrey. Bob, and his assistant, Joy Mann, stayed in contact with Jeffrey for over five years. When he went to The American Academy of Dramatic Arts in New York at age 19, Bob offered him an internship at New Line Cinema. This internship turned into an 11-year stint at the studio.

Aside from Final Destination (2000), which spawned four successful sequels, Jeffrey’s other credits include Lions Gate’s thriller, Tamara (2005) and the remake of George Romero’s classic, Day of the Dead (2008).

Jeffrey has several feature and TV projects in development and he directed his first short, Good Samaritan (2014) in 2014. 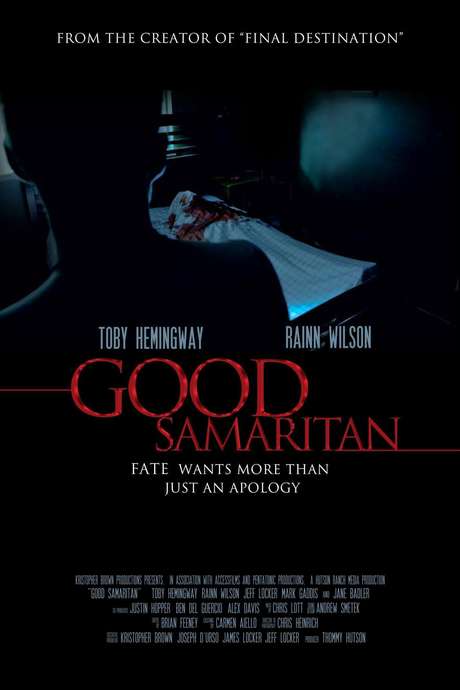 Nancy Thompson from “A Nightmare on Elm Street” is definitely my horror spirit animal. There’s a lot of well-known “Final Girls.” And I love many of them. But in the past, the horror genre, with some exceptions, didn’t take time to flesh out, or write their female characters very well. If you look at the history of the genre, Nancy was one of the most fleshed out, complex and smartest “Final Girls.” She was nice, wholesome, normal American girl, who through the course of the film, became a warrior. She put together a brilliant plan to fight Freddy and even went into the dream world to pull him out so she could destroy him in the real world. Until that point, and even after, “Final Girls” often spent 90% of the movie, running, falling and screaming from the killer. It usually wasn’t until the final battle they often found the courage…or sometimes just a weapon…to fight back. Nancy was on it right away, researching, planning and plotting. She was a match for Freddy with her brains and brawn.

I cycle through a lot of ideas before landing on one that I think is good. I think “bad” is relative, as someone can take what looks like a bad idea and turn it into a good film. I just keep thinking about ideas and see if they go anywhere. And if they don’t, I move on. I think my worse idea was “Daydreamer.” I was pretty much trying to copy “A Nightmare on Elm Street,” but in my brilliantly titled, on-the-nose movie, the killer didn’t kill you in your sleep. He killed you while you were daydreaming. Yeah, that was really bad.

100%. I’ve been a life-long horror fan and still go to horror film festivals and conventions. I’m very grateful that horror fans have given me the career that I have, so I never miss an opportunity to meet them and thank them.

I know a lot of writers start with characters, but I usually start with the concept or theme. I worked at New Line Cinema for 11 years…starting when I was 19. So, it was ingrained in me to come up with ideas. or themes, that would resonate with as wide an audience as possible. I love the creative latitude you get with horror films. You can tell so many different types of stories. But the ones that make an impact seem to touch on primal fear that humans, regardless of their geographic background, gender, race, religion or sexual orientation, can relate to. So, I try to find a unique spin on tapping into universal fears. I stay aware of things going on around the world and fears we all faces for inspiration. Sadly, there’s enough horror in real life to spawn horror movies forever. I just shy away from doing things I feel are exploitive.

It depends which one. If I woke up in “Final Destination” I’d just throw in the towel. They kind of rewrote the rules after the second movie to say that Death was going to get you in the end…there’s really no escape. So that’s a bummer. If I woke up in “Good Samaritan,” I’d be fine, because I would have helped the victim. So, karma wouldn’t get me. :)

The original “A Nightmare on Elm Street.”