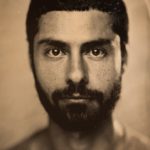 Pierre Tsigaridis is a director/cinematographer/writer/producer. He was born and raised in Paris. Pierre has always been fascinated by the darker side of things: most of his work as writer-director revolves around the horror genre. Pierre also is a musician (piano and drums). He lives in Los Angeles. He has French and American citizenship.

I WHO HAVE NO ONE 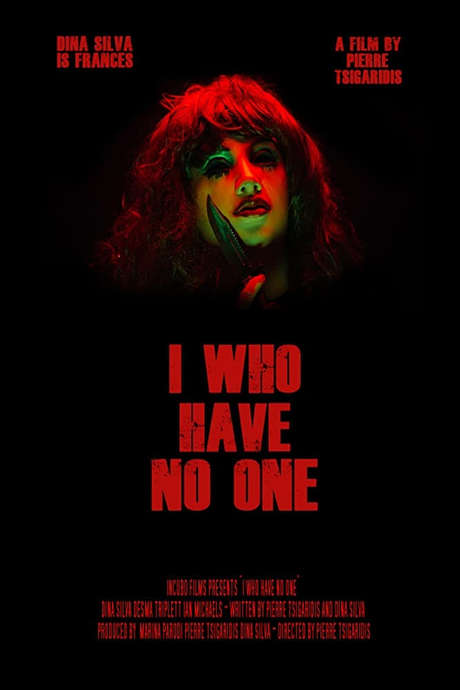 I think everybody could relate to a character like Dracula. He lost the love of his life and made God his enemy. He became an immortal lonely monster. And one day hundreds of years later he crosses paths with a woman that reminds him so much of his late wife that he actually believes it is her reborn. The problem is that she’s engaged to someone else. He goes after her regardless. This isn’t so uncommon to have a behavior like this in real life! My spirit animal would be a black crow I guess. They’re badass birds.

I can’t think of a bad idea right now. But I think an idea can be bad or good at the same time. If it’s poorly executed filmmaking-wise it looks like a bad idea. Same thing for writing. I will say that the bad ones can actually become the spark, for example in my film when Frankie looks at her big scar in the mirror. She realizes she’ll never be pretty with that thing right in the middle of her face. She decides to go buy a mask in a Halloween store to be pretty again…Now that was a bad and dumb idea! But the acting and the shots made it absurd and meaningful at the same time. Let’s say I never know if it’s a good or bad idea until I do them but an idea that lingers in my mind for more than a day usually has potential regardless of how stupid it can sound!

Not really. But I hope to one day.

Everywhere. I get inspired by music, images, other people’s experience and mine, movies of course, locations…sometimes even the weather can inspire me. Whenever I need to be inspired I pay a lot of attention to whatever is around me, there’s always something interesting happening. I just need to find it.

Since I play the bad guy in my film, I’d do a lot of evil things!

I’m not going to name the obvious icons (Michael Myers, Freddy, Jason, Leatherface etc…) because I don’t think they scare people anymore. These characters are way creepier in my opinion: Billy in Black Christmas 1974: The creepiest, most disturbing serial killer ever. He is hiding in the house of the girls the whole time of the killings but you never see him. Bob in Twin Peaks: Bob is in my opinion the scariest villain in TV history. Each of his appearances in the show are so shocking, bold and scary. Sadako in Ringu: The scariest and meanest ghost ever. Pazuzu in The Excorcist: The best possession obviously. The Dead Woman who is haunting the character of Lucie in the French film Martyrs: This dead mutilated and tortured woman is the scariest vision from trauma. She is sad, she is agressive and she lives in Lucie’s head so there’s no escape possible… La Nina Medeiros in the attic in the final scene of REC: The scariest, most horrendous zombie ever. And she is possessed by the devil. Her appearance made me pause my TV when I first saw REC when I was 15. She is even played by a man which is even more disturbing.

Jason Stephen king Practical even though I’d say both at the same time Pre Apocalypse: It’s all about the build-up and the foreshadowing!

Dina Silva and I do the props. As a cinematographer, colors and reflection of objects are really important for contrast and lighting so I keep that in mind. Dina is really good with making weird objects so I will just tell her some ideas I have and or some materials she should use and I usually let her do her magic.

If Ghostface is asking me this question it means I’m literally IN my favorite scary movie.