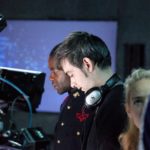 Rob McLellan is an award winning director, writer and VFX artist. His most recent short film ‘ABE’, which went viral upon it’s internet release, was optioned by MGM and is now in prep as feature film. As well as being officially selected for many festival, ‘ABE’ was chosen as a Vimeo Staff Pick, Short Of The Week and was also featured on the Viewfinder Frame list of the best short films.

Rob also works as a Creative Director, and is currently working on several VR experiences and games. His new VR horror game ‘SYREN’ was released in February on Oculus, Vive and coming soon to PSVR.

As well as a film and commercial director, Rob is a veteran of the independent short film circuit, producing various acclaimed short films across several competitions.

Rob is now in development of several other projects, including his sci-fi time travel feature ‘Strings’, which is currently being considered by several major studios. ‘Strings’ was recently included on The Hit List, as one of the years best spec scripts in Hollywood.