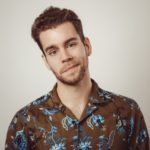 Russell Goldman is a filmmaker from Virginia residing in Los Angeles. He is the writer of Blumhouse’s upcoming feature and graphic novel MOTHER NATURE, co-created by his Comet Pictures producing partner Jamie Lee Curtis. His short films, including RETURN TO SENDER, NO COMMENT and I MAKE GOOD SOUNDS AT PARTIES, have played at 50 film festivals around the world. His next short CLOSING TIME, a darkly comic head-trip told to the Semisonic song of the same name. will be released next year. 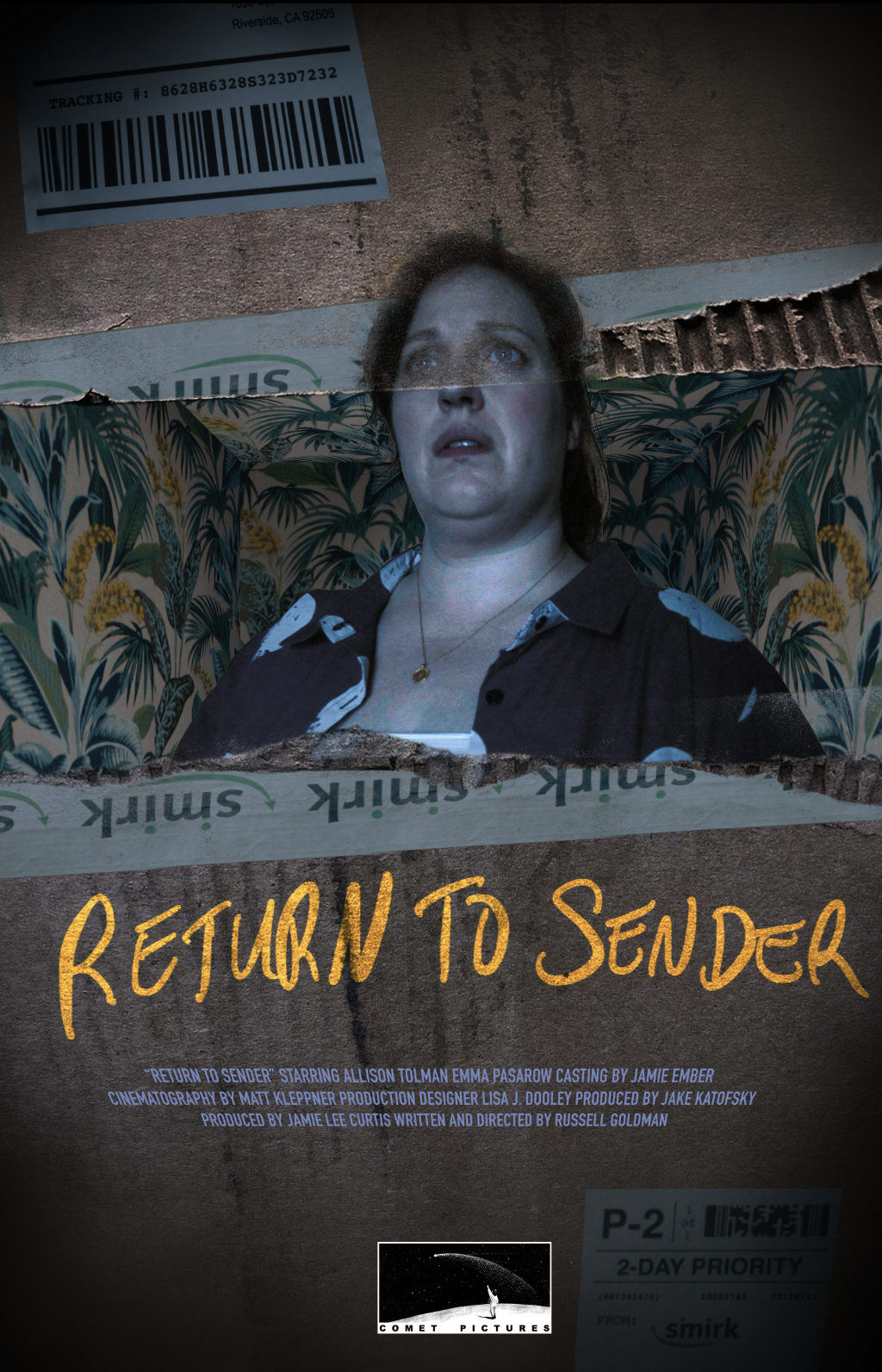 The main Danish couple from Speak No Evil (unfortunately).

Do you consider yourself part of a genre community?

With respect to the sci-fi film I just finished making... I'm so excited by how alive every subgenre of horror feels right now, and how much potential there remains for artists to tell personal stories through bad vibes.

When you’re creating the props and sets that make a new world, where do you look for inspiration? How do you create objects that are relatable but unfamiliar?

I love the way online shopping websites comfort us with ads featuring cute dad jokes or vaguely inspirational quotes. They want us to see them as playful, like buying from them is easy, almost familial. So what's a better representation than a name like SMIRK?

Horror seems almost defined to me by ideas that are illogical when you describe them, then work their magic through miraculous forces. If a bad idea I had was to, say, tell an entire story where a woman predominantly interacted with an e-commerce website... if I'm compelled enough by the big-picture ideas and characters, and believe this story setup is the best way to explore that, it becomes a wonderful challenge to construct that bad-idea story into something I can no longer imagine being told any other way.

If the world you created in your film became a reality, is that a world you would want to live in? What would you do if you woke up inside of your film?

It's already real, and I'm screaming :)

Who would be in your ultimate sci-fi or horror villain squad?

I need my horror villain squad to give me an emotional experience along the way, just in case we're defeated. Pinhead makes me think. Chucky makes me laugh. Freddy keeps me awake. And Michael adds a necessary level of enigmatic intrigue.

House. No... Suspiria. No, wait— Fire Walk With Me? Fuck! Uh… Halloween! Is that too obvious? No wait, WAIT I’LL CHOOSE— *splattered by Ghostface*