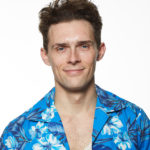 Samuel Dunning is the creator, writer, producer, storyboarder, you-name-it-er of “”Rick and Ruby”” as well as the actor portraying the titular “”Rick””. Sam is currently in development/preproduction on his first feature film “”Canoe Dig It?””, which he will be writing, directing, producing, and, again, acting in. He also recently completed principle photography on the upcoming feature “”The Ones You Didn’t Burn”” as a co-director and supporting actor. He holds a BFA in directing from NYU’s Tisch School of the Arts.
As an award-winning actor, Sam has starred and co-starred in multiple major network productions including CBS, AMC, Fox, and History to name a few, as well as many short and feature films.
Sam hails from Brunswick, Maine and currently resides in New York City and Los Angeles.

Scott Woodburn is the director of “”Rick and Ruby””. Scott, a New York native, has been working in television, advertising and film for almost 15 years now, as an Editor, Visual FX and Motion Graphic Designer with companies such as MTV, Elite Daily, G-Unit Records and Laundry Service.
This is his sophomore role as Director, following his debut “”It’s a Boy”” in 2016.
Scott’s influences as a director include David Fincher, Stanley Kubrick, David Lynch, Quentin Tarantino, David Cronenberg and John Carpenter. A film buff himself with a mild obsession with 80’s Horror. 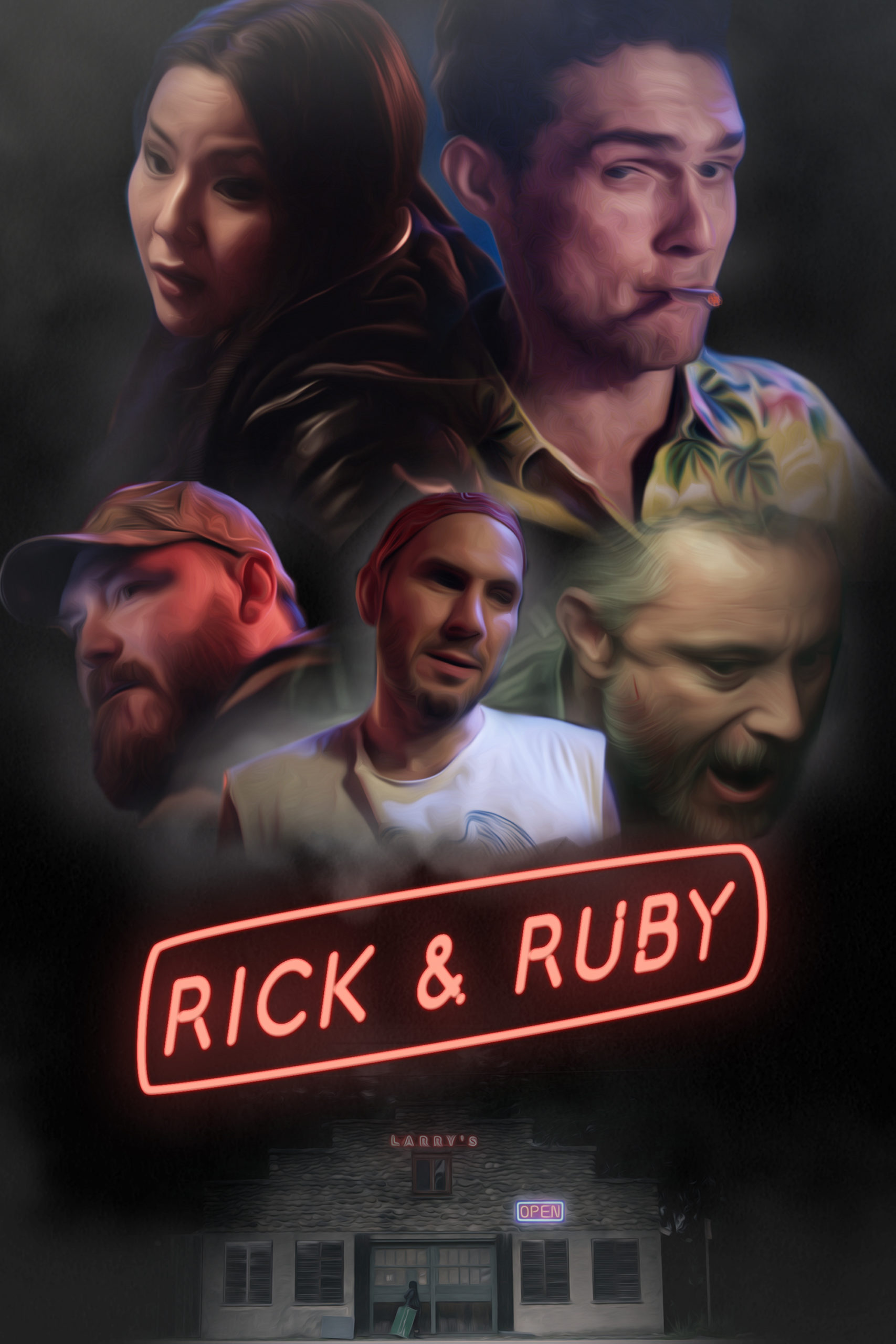 It’s probably not that original of an answer, but because my blu-ray of “Army of Darkness” is within eyesight, I’ll say Ash. In most horror I can’t help but imagine myself in the same situation and I know I’d be trying to make light of it/crack jokes to cover my fear and complete mental breakdown with levity. Also would probably be coming at it with a healthy “oh brother” mentality.

I won’t give you my worst, because it’s so bad it’s good and I can’t let someone steal it. One bad idea I had was when I was writing “Rick and Ruby” out as a feature. On my first drafts I leaned heavily into the “gross” factor to the point that it lost its sense of humor and became a meanspirited bit of torture-porn. While I like weaponizing extreme violence and gore for audience reaction, I never want it to be malevolent or vindictive feeling. I quickly figured this out after seeing the disgusted (in the bad way) reactions of friends that read the draft and realized I had crossed the line and the comedy that made the film palatable was missing. Later drafts got even more violent, but with a heavy dose of ridiculousness and humorous gratuity to balance it out.

I don’t actually. While I enjoy horror immensely and look forward to making more horror films in the future (hopefully a “Rick and Ruby” feature!), I do not seek them out any more than any other genre. That said, I think I lean genre first and foremost, but the stories I want to tell just have to have a strong human backbone before anything else. It’s largely the same with my viewing tastes. I’m as likely to watch Jacques Tatís’ “Mon Oncle” as I am to put in “Doctor Sleep.”

Depends on the film. Usually I start with films whose energy or genre I’m trying to emulate. Music also tends to be a big piece- listening to things that put me, again, in the energy of the film I’m trying to make. I think “Rick and Ruby’s” world largely came from me watching “Twin Peaks” (The Roadhouse especially), films with gregarious leads completely out of their depth like “Big Trouble In Little China”, and most any grimy genre film with a looming, but charming, threat like “Death Proof” or “The Hitcher.”

Hope I was on the right side of that pool cue.

Meh… Jason because he’s less chatty. Lovecraft, but King strings a better sentence together. Always practical. Post because Pre is just any day of the week currently

It’s not unique, but fear of the unknown is scariest and most inspiring to me. Thus far most all my writing has been more comedic, but when I tinker with my more serious scripts it’s always a big inspiration to NOT let the audience in or hold their hand because they will reach a far more terrifying conclusion on their own. Show less, scare more. To steal an adage from a critic whose name escapes me, “good films are puzzles and great films are dreams.” Horror I think is very much both of these, the best horror leading you to put together a puzzle until the horrifying revelation, or lack thereof at the climax. Even better if its a dream because then you are truly left looking out over the abyss with no concrete answers.

Probably Carpenter’s “The Thing”. It is stripped down to the most basic elements and leaves all kinds of room for you to fill it up with as much, or as little “meaning” as you wish. It’s at times funny, unbelievably tense, spartan in dialogue and character development, but never feels thin. Oh and its also fucking gross and fantastically so. The greatest case for practical effects ever put to film.