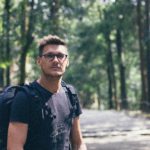 French born, Thomas grew up in Reunion Island,
spending his time between the ocean and the movie
theaters. After completing film school in Australia,
he perfected his eye and established his voice and
versatility as both a commercial director and
cinematographer.

Thomas loves the craft of filmmaking more than
anything. He developed his taste and knowledge for
world cinema in his early teens, at a time where his
brother worked in a video store and brought home
dozens of classics every evening. This was to be the
catalyst for his future career. 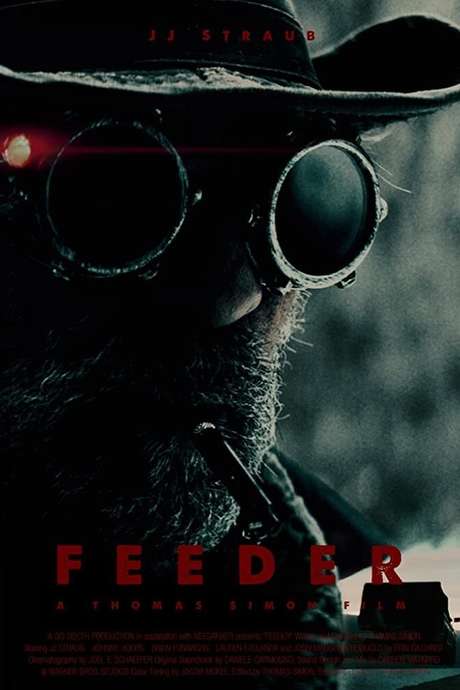 This is a bit of a strange one! I don’t relate with a lot of horror character on a spiritual level and thankfully not in my personal life either (that would be gruesome). Generally speaking though, I have been inspired by the genre through characters like Leatherface or Ghostface who terrified me as a kid. The more silent and deadly, the more effective they get for me!

This is very true and I think I am still figuring this out as I go. It’s not like a sudden pool of great ideas appear and its smooth sailing from then on. I don’t necessarily have a bad idea to share here because I tend to leave them at the early concept stages (hopefully), but I will say that writing a lot and taking chances on paper is always useful. The trick is to let the ideas sit for a while, and hope that you have the smarts to decypher the great ones from the not so good ones when you come back to them. There is also a question of what idea is financially feasible or worth pursuing! Overall, if your concept has something to say and you can pull it off with the means at your disposal, its probably worth pursuing!

Not necessarily. I consider myself a filmmaker that strives to make better and better films that both entertain and make the audience think. I love the horror genre and it’s a lot of fun to explore it, though my interests lie in all types of films.

Inspiration comes in various forms and from a multitude of places! Feeder’s world came from several sources: The genesis of the idea was born from an actual road trip taken with friends along California (cliché?). My friends and I came across a strange character travelling in a rusty pickup truck, with a mean looking dog in the backseat. That same night, around a fire, we talked about the wild chase it would be to have this man hunt us down in the woods – A month later and a few story developments further, I had a first draft for Feeder the feature film from which the short is derived. Some other elements of the world came from a need to spice up the story and “have something to say”, and this came mostly from real world inspiration. I also wanted the story to take place in a near future and give the vilain a strong reason or motive behind his behavior. The world heading towards a mass extinction of wildlife due to human activities felt like a logical and powerful setting for this story that achieved both these needs – more on that in the feature!

A team of Aliens.

Jason / HP Lovecraft / Both practical and CGI, at the right places / DURING the Apocalypse!

A lot of it is to surround yourself with excellent collaborators who have more experience than you in their department! We had to build a few things on Feeder, and just got ressourceful with what was available to us. It took weeks of location scouting, hunting in junkyards and prop houses, and making decisions on what the world of the film had to be and how props would serve the story and aren’t just “cool”.

This is an odd one. I actually love the feeling of being scared, to a point where I laugh a lot during horror films. What inspires my storytelling most is to be truthful and honest in the way events unfolds – I mean that when you set parameters for the world you have created, however weird or unlikely or supernatural, and you stick to them and take your audience along on that journey. Films lose me the minute they “cheat” and conclude an intriguing setup with a nonsensical story element (See most of Stephen King’s work).

Recently, Midsommar – a while back, Texas Chainsaw Massacre, The Exorcist, and too many more to mention!