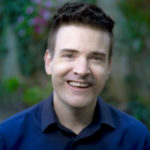 Based in Philadelphia, Aaron Immediato is an award-winning independent filmmaker whose work has screened throughout the U.S. and internationally. His short horror-comedy EATERS (2017) was an Official Selection in a dozen film festivals, including qFLIX Philadelphia, New Filmmakers New York, and Wicked Queer Boston, and received the Best Short Film Award at the Tea Dance LGBTQ+ Film Festival. More recently, his short horror film BATHROOM TROLL (2018) is currently enjoying its festival run, screening at 19 festivals in North and South America and Europe, including Fantastic Fest, Inside Out Toronto, the London Short Film Festival, and Out on Film Atlanta, and received Audience Choice Awards for Best Short Film at the Brooklyn Horror Film Festival and qFLIX Worcester. He holds a Master’s degree in Film and Media Arts from Temple University. 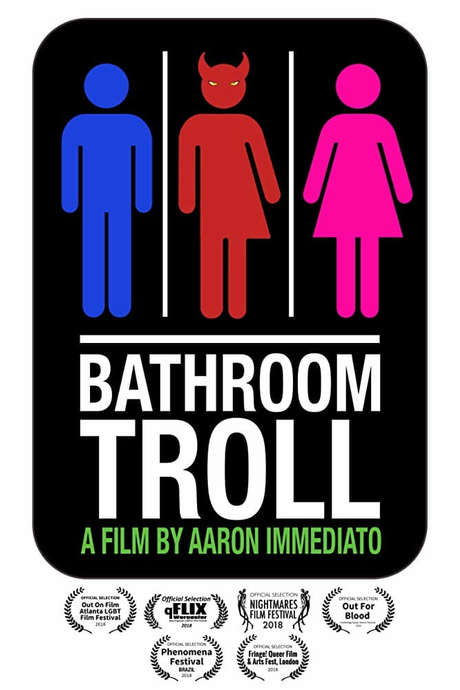 Usually my bad ideas are ones that are too similar to movies I’ve already seen. Writing is a process of mixing familiarity with the imagined, and for me, the spark lies somewhere in the middle where I can give a classic story a new, unexpected twist. Bathroom Troll was always my creative response to discriminatory “bathroom bill” legislation targeting LGBTQ+ individuals, but while I was writing the first draft, I kept thinking of the horror classic Carrie – particularly the cruel bullying Carrie White was forced to endure from her schoolmates. This led me to revisit the ‘70s classic, delving deeper into its themes of social rejection and revenge, and I quickly became obsessed with connecting as much as possible between the two films. The first draft ended up being a mess of forced, obvious connections that I somehow justified as being “inspired” by Carrie. The challenge (aka the “spark”) then became exploring this new inspiration in order to understand how it related to my original mission of advancing civil rights through creative expression. I discovered that connections to a familiar story from the past could help make an unfamiliar story more universal. In the case of Bathroom Troll, I want the audience to feel what it’s like to be assaulted for being andogynous in a public bathroom. While only a portion of the population knows firsthand what this feels like, most people know what it’s like to get tormented in school by insecure bullies. So for me, my creative spark comes from a determination to write stories about unique LGBTQ+ experiences for wide audiences while experimenting with new approaches to the horror genre.

Yes, very much so, and as a queer filmmaker, that wasn’t something I expected. It’s been amazing seeing Bathroom Troll so widely accepted in the horror community and screened at horror film festivals around the world. That was definitely not something I expected, but the film has had equal success with both horror and LGBTQ+ film festivals. In fact, I’m starting to notice more and more “queer horror” blocks of shorts being programmed at all sorts of fests. It tells me that horror filmmakers and fans around the world are incredibly inclusive and celebrate diverse approaches to the genre.

Oddly enough, I’ve always been inspired by absurdist theater when I build the world and style of my films. I often read plays by Eugene Lonesco to help me create a nightmarish world for the film that can convey a surreal tone without taking itself too seriously. I always prefer surrealism to realism in cinema.

Try to go back to sleep!

Let’s go with every monster from every season of American Horror Story!

These days, a lot scares me! But it’s important to remember that fear can be paralyzing if you let it. Accept the fear, and then allow it to change into a passion for change. Most fear is related to the unknown; we should all try and get to know the unknown a little better.