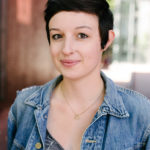 Amelia Moses is writer/director based in Montreal, Canada. She is a recent graduate of the Mel Hoppenheim School of Cinema at Concordia University. Her most recent short film, “Undress Me” (produced by Mariel Scammell), screened at over thirty festivals worldwide, including the Fantasia Film Festival, Sitges Film Festival and MonsterFest. “Undress Me” had a limited release on Shudder as part of the Nitehawk Film Festival Midnite Program in early 2018. Amelia’s work has been written about by a number of publications including The Telegraph, Broadly (VICE) and was featured in an article by White Little Lies entitled “Why the
future of genre cinema is female.” Her work focuses on the exploration of female anxieties through a horror lens. Her debut feature, “Bleed With Me”, a cabin-in-the woods psychological thriller set in the depths of the Canadian winter, is currently in pre-production and is scheduled to shoot February 2019. 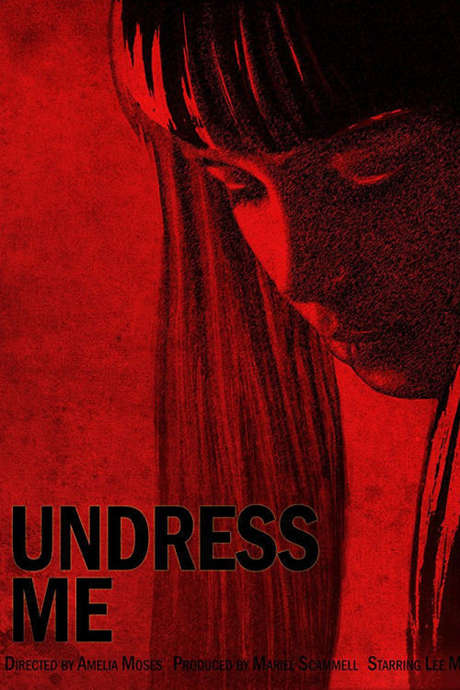 How did you come up with the concept for your film?

Well, it initially started with an image I had in my head of someone’s body deteriorating during sex and from there I worked backwards, creating the story in order to get to that final image. I really wanted to work within the “body-horror” genre and not only create something that was gruesome and horrifying but something that also explored deeper themes in terms of social conformity and anxiety.

Both yes and no - I think there are more hard-core horror communities that I don’t relate to but in terms of genre festivals as well as women working in genre, there’s definitely a sense of community there.

I am very interested in the constructed cinematic world so I’m not necessarily trying to reflect a true reality but a constructed one. So I tend to look at other films and genres and see what world they’ve created. For example, for this film, I looked at 90s teen films in order to create a world that involves ideas of social conformity and anxiety.

I would probably go to the hospital!

There weren’t any particular props created for the film but I can speak about the practical effects which were a huge aspect of the movie. The biggest challenge really was trying to do all the effects on a small budget. Luckily the makeup and effects team were really great at finding cheap solutions to things. I knew I really wanted to embrace that 1980s practical effects feel and so for me it was less about realism and more about making creative choices in terms of how the body-horror elements were displayed. The film is obviously heavily inspired by early David Cronenberg and I find in his films the gore effects feel so timeless not because they are realistic but because they are shocking and creative and are used effectively within the world of the film.

Not necessarily my favourite horror film but definitely one of the scariest: The Blair Witch Project.