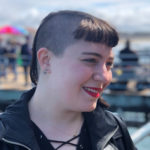 BECK KITSIS (she/her) is a filmmaker focused on developing emotionally-charged social impact stories. Selected as a 2019 Sundance Screenwriters Intensive Fellow, a 2019 Women at Sundance Financing Intensive Fellow, and a member of Film at Lincoln Center’s Artist Academy at the 2019 New York Film Festival, Beck is currently writing and producing Strawberry Summer, which has received support from the Sundance Institute, Cinereach, the Department of Motion Pictures, and Ruth Ann Harnisch.

Beck’s short film The Three Men You Meet at Night (2020 Maryland Film Festival) is currently playing festivals and will be released by Gunpowder & Sky/ALTER later this year. Her music and music videos have been featured in several publications, including NYLON, Pitchfork, and Stereogum. She also recently signed on to write/direct an episode of television TBA.

THE THREE MEN YOU MEET AT NIGHT 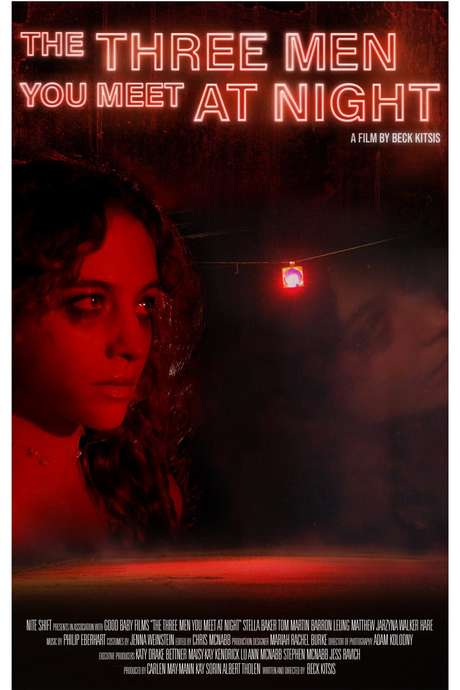 I don’t think there is a specific horror character who I relate to on a spiritual/personal level, but one of my favorite horror characters is Count Dracula from Werner Herzog’s 1979 Nosferatu the Vampyre, an homage to/remake of Murnau’s incendiary 1922 masterpiece. In offering a more sympathetic depiction of a traditional monster, Herzog imbues Dracula with a level of nuance often absent from the horror genre. On discussing his character, Klaus Kinski said “We see Dracula sympathetically [in this film]. He is a man without free will. He cannot choose and he cannot cease to be. He is a kind of incarnation of evil, but he is also a man who is suffering, suffering for love. This makes it so much more dramatic, more double-edged.” Indeed, you can’t simply dismiss Dracula as purely evil and monstrous — he’s more complicated, more like us than we’d like to admit. And it’s precisely this complex character development that makes him so frightening.

Sometimes I have an idea that sounds great on paper, but then in application, it doesn’t quite work. For The Three Men You Meet at Night, I originally wanted to include scenes with Jess at a party before we see her walking home. I thought that giving us moments to experience Jess outside of the more overt horror beats of the film would lead to more nuanced character development — would put us in her head more, align us even more with her subjectivity. However, after weighing what could really be done in the scope of a short film, I decided to keep the project more focused and confine the story to what it’s really about — walking home alone at night. Ultimately, I think that keeping the world of the film smaller was the right choice for this particular project.

For each film, it’s different because each story demands its own unique treatment. For The Three Men You Meet at Night, I was really inspired by a dream I had. When I was growing up, I would often walk home alone at night. There was a particular road — it was very dark and it seemed to go on forever. It was like this tunnel of black. There was just one distant stoplight in the intersection up ahead. I would hold my breath for the entire stretch until I made it to the other end.One night a couple of years ago, I had a dream that I was back in high school, walking home alone on this desolate street. And it felt like I was on a treadmill — I kept walking, but never got any closer to the intersection. I was scared. I felt like I was on display, and that anything could happen to me. So for this particular short, I drew a lot of inspiration from dreams. Surreal films like those of David Lynch were also helpful in sculpting the world. In addition, I was inspired by the tone of the song “Hourglass” by Alice Cohen & The Channel 14 Weather Team, which is actually featured in the film!

I would probably knock on the door of a nearby house. Though who knows what might be lurking behind that door…could be worse than the monsters in this short.

Freddy Krueger from A Nightmare on Elm Street, Asami Yamazaki from Audition, and Cathy Ames from the book “East of Eden.”

I learned pretty early on that if you’re not scared by the things you’re writing, then your audience won’t be scared either. I’m still continuing to explore that now as I move onto new projects. I always find myself stopping and asking…does this scare me, truly? Like lots of people, I’m scared by many, many things. I’m an anxious person and constantly playing out the worst possible situations I might find myself in. While the supernatural can be freaky, nothing scares me like real people doing really messed up things.