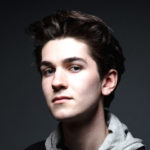 Chris K. Daniels is a filmmaker originally from Boston, Massachusetts, now based out of Los Angeles. He’s best known for his stylized storytelling through the short-form. Chris tends to focus his work on offbeat, unique twists on reality. He seeks to bring forth interesting questions in the form of his narrative work, no matter the genre. For Chris, it’s more about the way the story is told and the value of every second, rather than the broader, more baseline picture. This has resulted in a wide body of work that’s allowed Chris to establish his voice in a very particular and exciting way.

Chris has been creating films for the majority of his life. From the day he made his very first YouTube channel in fourth grade, to the day he landed his first distribution deal in college, he’s held onto his passion. Always trying to evolve and become a better version of himself. He’s passionate about making movies that mean something. He hopes to tell these stories for the rest of his life. 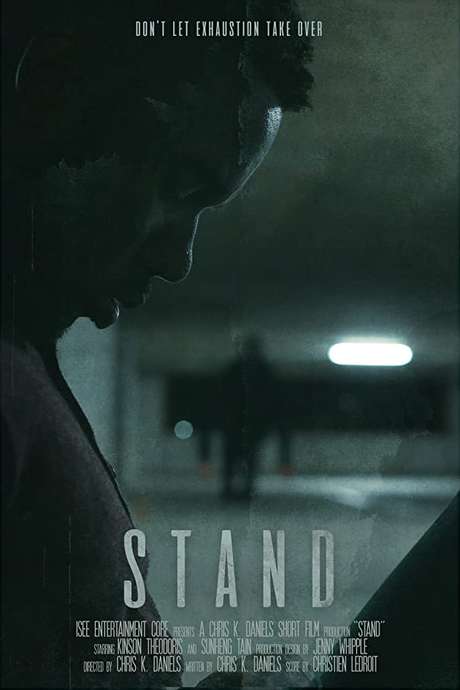 Okay, the first one to pop up to me was Jake Gyllenhaal’s character Louis Bloom from Nightcrawler. That is one heck of a character right there. But honestly, I don’t know if I relate to him on a spiritual level. I think I just really like Jake Gyllenhaal on a spiritual level. I think we’re gonna make great friends one day. You just wait, you’ll see. After writing this, I think it’s becoming clear who my horror spirit animal is. It’s Annie Wilkes. Dammit, I’m Annie Wilkes.

My bad ideas are usually made clear as soon as I run them by my mom. I tend to always call her whenever I have an idea I’m excited about, and she’s definitely not shy about telling me when I’m off my game. My most famous terrible idea is probably this one that I had in late high school about a guy who’s dog gets hit by a car. Not only did I ask my mom to borrow her dog (and car) to fake a tragic death, but outside of that scene, the idea was a hot mess. I honestly forget a lot of the specifics but at some point the main character was in an evil dimension that was his dorm room haunted by a voice running through all the mistakes he made in his life. But boy, there was some serious depth beyond that.. When the evil voice talked, the room turned red and when he stopped talking the room turned blue. I know, very ground-breaking concepts. But hey, the bad ideas are the early development versions of the less-bad ones. My strategy is to always run the idea by a few people that have valuable opinions. If the idea sucks and your people are honest with you, they’ll let you know it sucks and then its your job to make it suck less. Thanks mom!

I wish I were more a part of the horror community. I think horror filmmakers and fans are some of the coolest. Most disturbed too, but in the best way possible. Man, horror is so cool though, you know? Like even bad horror movies are good times, and good horror movies are great times. There’s just so much potential emotion you can evoke with effective horror. I’m totally losing sight of this question. I do consider myself part of a horror community, though I would like to be even more a part. I love to talk horror and now, I love to make horror. I’m new to the world of trying to scare people, but hot damn it’s one exciting world to be in.

Honestly, I mostly just try to think of what the craziest yet still possible situation could be. For Stand, I wanted a disturbing creature that has his own twisted form of rules. The goal was for it to not be about what happened before this situation, but what’ll happen during this situation. I tried to put this character in a world that really pushes him to his limits, in this case utter exhaustion, and give him an opportunity to overcome his circumstance. Usually, for overall inspiration I try to think of the most bizarre worldly twists, and work backwards from there. Like some stupidly weird ideas that are way too complicated to ever make a steady story, and then proceed to keep removing elements until it’s somewhat cohesive. I think there’s some real masters of the craft that is this subcategory, and I definitely take a ton of inspiration from them too. I think Mike Flanagan is one of the coolest, most creative directors working right now and he’s definitely a huge inspiration for my horror. Also David Robert Mitchell, that dude rocks too.

Give up immediately. I’ve given up on some incredibly small, mildly inconvenient things. You better believe I’m quitting the second a green-eyed beast gives me the stink eye in the middle of the night.

Ooooh, finally. I’d have my front lines stacked up with the alien from Alien, the Babadook, and the shark from Jaws (but with some futuristic robot legs so he’s got more range) - and I’d have them line me in triangle formation with Samara Morgan, Pennywise and Jack Torrence at my back. From there, we’d charge my enemies. Specifically, my second grade teacher. God, she’s probably the reason I went into horror.

1) Jason all the way. 2) Stephen King’s early career, H.P. Lovecraft’s later career. 3) A tasteful mix of practical and CGI is the way to go. 4) Post Apocalypse but without the tropes.

For prop work, I gotta give props (pun) to my incredibly talented girlfriend Jenny Whipple. She turned some cheap halloween mask into a stretched out, arm-dragging, blood-drooling nightmare man that paces slowly towards its victims in the night. For directions, I just gave her a list of cool, disturbing ideas that I know would unsettle the hell out of me in a garage in the darkness, and she brought it to life. She’s really something, that one. She did an incredible job. She designed that thing better that I ever dreamed. Not that I dreamed about it. That’d be odd.

I’m terrible at ever answering favorite anythings. But I’d say the two scary movies that I most often say are my favorites are The Shining and It Follows.