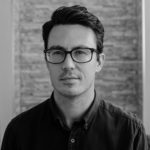 Drew Macdonald is an award-winning filmmaker repped by 3 Arts and Verve in the U.S.. His short films Creeper and Here There Be Monsters have played over 100 festivals worldwide winning multiple awards along the way leading to the feature versions of both going into development in the U.S.. He has an original television drama, Perception, in development with Essential Media and a survival thriller, The Stag, in financing with Prodigy Films. He also Associate Produced the Emmy-nominated and AACTA winning feature documentary; Only The Dead, for H.B.O and he co-wrote and produced The Wanderers for ABC Australia and was nominated for an AWGIE in 201

HERE THERE BE MONSTERS 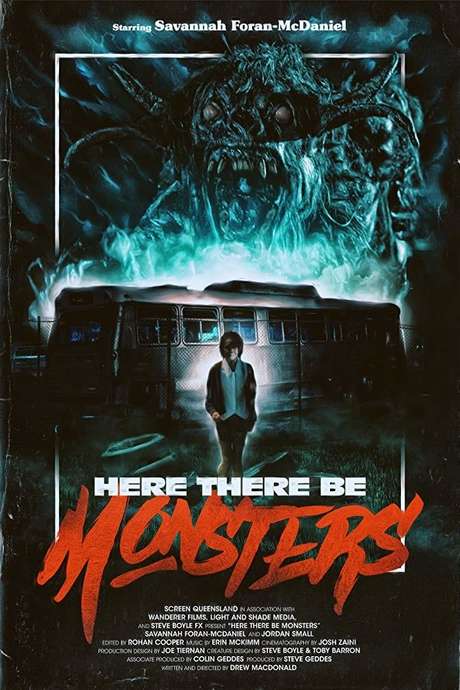 Jack Torrance, every time I sit down to write the next film.

I have bad ideas every day. I think the key is just to keep writing and sometimes twenty bad ideas will eventually lead to that one good idea you need.

Absolutely. We’ve been lucky enough to play at over 50 festivals with this film and I think the horror community is by far the best audience to not only watch a film with, but to connect with as a fan as well. Horror runs such a wide gamut of styles and tones so it creates a really broad section of fans and the passion and genuine love that the horror community has for the genre isn’t matched by any other fan base in my opinion.

The film is actually inspired by a real story of a young girl who got trapped on a bus and locked up overnight. That sounded like a terrifying experience for a young kid so we decided to one up it and add a monster for good measure. Film wise, the T-rex attack in the rain in Jurassic Park was a touch stone we talked about, particularly around the idea of a kid trapped by a monster. There’s a shot of Savannah on the bus in the film that reminds me of Lexie in Jurassic Park every time I see it which I love. Rick Baker and American Werewolf in London was a big inspiration for the Monster and there’s a real homage in the design of his fingers and claws. But at the core of the film it’s about bullying so we just looked to what kids go through every day for inspiration. It was important to us that the human elements in the film were actually the most harrowing and I hope that’s something that we were able to achieve.

I’d make it a dinner party and have Hannibal Lecter, The Pale Man, John Hurt from Alien and Annie Wilkes to make sure everyone minds their manners and lets through in Bub for the sparkling conversation.

Our amazing Monster was designed and created by Stephen Boyle and Toby Barron - with Toby also doubling as the performer. They’re two of Australia’s top SFX artists so we were very lucky to have them on board for our film and they knocked it out of the park. The sets were all designed and created by our Production Designer and all-round legend Joe Tiernan. You wouldn’t know it to look at the film, but we basically began with an empty transport yard with a few trucks. So Joe did a stellar job. In particular the final junk yard sequence in the alleyway was created from scratch from a patch of empty grass turning into the nightmare labyrinth within a few hours thanks to Joe’s tireless work. I also want to give a shout out to our superstar actress, Savannah Foran-McDaniel. The film simply wouldn’t have worked if we had not found her to play our lead. She delivers a tour de force performance and had to do a lot of really emotional scenes in long unbroken takes which is a testament to any actor let alone someone who was only 14 when we shot. Her performance is raw and vulnerable, but also fierce and determined and we are truly grateful to have had the chance to work with her before she takes over the world!

It changes weekly so this is essentially an impossible question to answer. But Braindead or Dead / Alive by Peter Jackson was the first horror movie I ever saw so I’ll run with that today. It also taught me that horror can be fun.