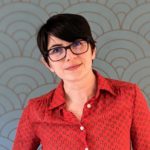 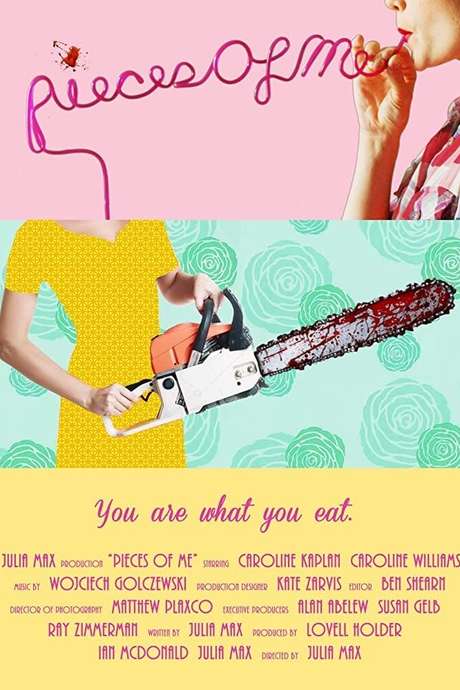 That would be Herbert West from Re-Animator. He’s misunderstood, imaginative, people constantly mistake his daring new ideas as insanity, and he’s a little over the top. I definitely relate to that. I wish I were The Girl from A Girl Walks Home Alone at Night, but I’m definitely not that cool. Maybe in the next life.

I don’t think there really are any bad ideas, there are just ones that haven’t been fully fleshed out yet. Like my idea for No Country for Old Men: The Musical! It’s not a bad idea, it just needs some tinkering.  But seriously - usually when I start developing a new idea one of the first things I do is talk it over with my husband (who is also a writer and director). We’ll start bouncing questions off each other, exploring the world, and will usually be able to tell pretty quickly if the idea is a good one, or if there are too many potholes or thematic issues to justify exploring the project further.

Yes, to an extent. I have a lot of friends who love horror movies, and my husband is totally obsessed. They’ve been incredibly helpful in reading my scripts and giving feedback. It’s also been a lot of fun playing Mixtape Massacre and Horror Trivia with them over Skype. I do wish I could get into the female horror filmmaker community a little more though. Since most of the film festivals PIECES OF ME screened at were held virtually, I didn’t get a chance to talk with many of the filmmakers. It’s difficult to socialize and get to know people over a large group zoom call.

The real world. It’s a terrifying place. I like to start with a grounded reality and then choose one element to accentuate.

The Thing, because it can shape shift into anything. Annie Wilkes, because she seems nice but is actually a terrifying badass. Plus her medical knowledge would come in handy if anyone got injured. The Pale Man, because…well he just looks so freakin’ cool. Freddy, he can kill your enemies while they sleep. No muss, no fuss. And last but not least, Hannibal Lector. He would be a great clean-up crew and could just eat anyone you killed.

I usually start by pulling a crap ton of reference images, then Frakenstein-ing them together until I get something I like. Then I use that as the inspiration moving forward.

Giant spiders and home invasions. It hasn’t inspired my storytelling a whole lot, although The Giant Home Invading Spiders does have a nice ring to it, so who knows.

I know it’s a cliche, but I love The Shining and could watch it on a loop without ever getting bored. In terms of more recent films though, I’d have to saw Raw. It’s fantastic!