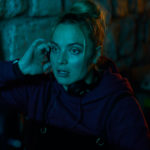 Kelsey Bollig is a Writer/Director currently based out of LA. Bollig is a fresh yet commanding face in the world of Horror, and entered this industry with a bang as she landed her first Best Screenplay Award at the tender age of 12, for her Feature, ‘Big Kids Play Manslaughter’ at the Hollywood Shriekfest Horror Film Festival. Years later, she would only accumulate more acclaim for her first short ‘Asking for a Friend’ which has won 18 awards to date including Best Director at the NOLA Horror Film festival and Best Horror Comedy at the famous Women in Horror Film Festival. ‘Asking for a Friend’ paved the way for Bollig’s second short ‘The Fourth Wall’ starring Lizzie Brochere (American Horror Story: Asylum), Jean-Marc Barr (Nymphomaniac Vol II, The Big Blue), and Roby Schinasi (Gossip Girl) which premiered at Fantasia has already won Best Horror Film at Nightmares Film Festival,  Best Horror at the Academy Award qualifying Hollyshorts Film Festival, and Best Screenplay at the world-famous Festival de Cine de Terror de Molins de Rei in Spain.  Bollig has written and directed projects in both the US and France expanding her creative network within both English and foreign markets. She’s currently in development on several original features. Bollig keeps an uncanny finger on the pulse of today’s culture while offering a thought-provoking and multi-layered, acute sensory experience.

ASKING FOR A FRIEND 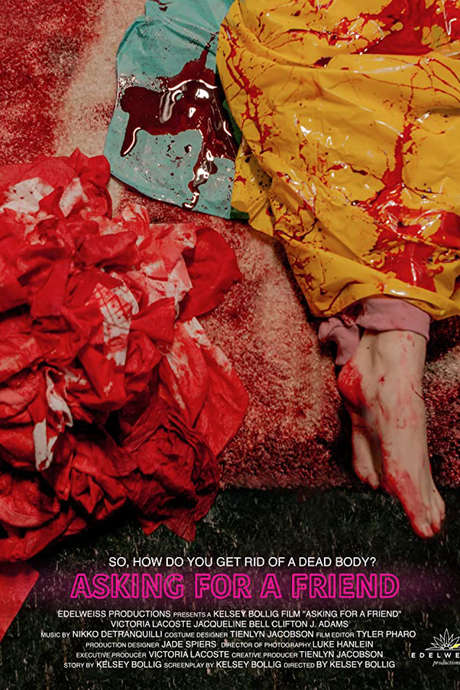 Stripe from the first Gremlins movie. My inner beast is definitely an evil little creature with a mohawk.

I actually don’t believe in bad ideas, just bad execution. I find my spark by figuring out the best way to approach whatever I’ve written on a page.

I do. I’ve been writing horror films since I was 14 and naturally found a community through that medium. I attended every horror film festival, researched the minds behind the scariest haunted houses in the country, and set up camp in the horror aisle in Blockbuster (R.I.P). As an adult, this community only grew in directing. Suddenly, I was creating with like-minded people and this made the genre all the more exciting to me.

I can find inspiration anywhere, but I specifically look for inspiration in music and society. Asking for a Friend was inspired by Sofie Tucker’s song “Best Friend.” I thought it would be interesting to explore the bonds of friendship in a twisted and experimental way while also playing with the juxtaposition between horror, comedy, and dance music. The film evolved even more into the gruesome thing it is today through pulling from memes online and a sprinkle of “what if” conversations in the kitchen with my creative producer, Tienlyn Jacobson.

Well first off...I did. Fun Fact: I play the dead body in Asking for a Friend . However, if waking up in the reality of the film, I would buckle my seatbelt and enjoy the bloody ride. It wouldn’t be so bad waking up inside a world full of a non-stop party atmosphere and friends that would literally kill for you....plus nachos.

Freddy, hello. Am I the only one who has a crush on this character? Stephen King forever. I grew up going to the Stanley Hotel and even brought all my friends to ghost hunt there for my 14th Birthday party. Practical always, so much more fun getting messy in real life. Pre Apocalypse...during these times, it’s the only way to stay sane.

Hamer FX created the main prop in Asking for a Friend , the body (which was molded after my likeness). They did an absolutely INCREDIBLE job elevating our film to the next level with extremely gruesome practical effects.

The dark side of society scares me to death. What’s inspiring to me about my fears is the opportunity to conquer them. Each script I write is a way for me to work through my own inner demons and provide commentary on the world around me...with a smattering of humor and a dash of absurdity.

Julia Ducournau’s RAW. I love horror films that weren’t actually written and created to be scary...but end up being the thing of nightmares.