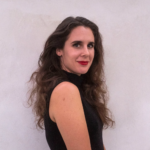 Lorraine Caffery is an award-winning writer/director born, raised, and based in New Orleans, Louisiana.

Lorraine likes her tales tall, fantastical and sometimes bloody. She often uses genre as a device to explore, examine, and interrogate the human condition. Her freshman short film “Wings” won Best Cinematography at the 2018 New Orleans Film Festival before being selected as a Daily Pick on Film Shortage. Lorraine’s sophomore short film “The Rougarou” was picked up for distribution by Alter, a horror destination with over 30,000,000 engaged subscribers across all platforms. Before it was acquired, The Rougarou screened at numerous festivals, including Fantasia Film Festival in the lauded Born of Woman shorts block, Overlook Film Festival, Filmquest, Final Girls Berlin, Shriekfest, New Orleans Film Festival, Oxford Film Festival, and NOLA Horror Film Festival – where she won the award for Best Director. 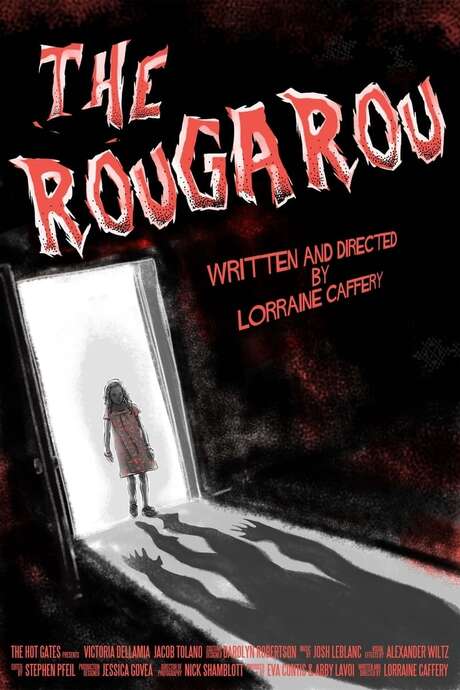 There are no bad ideas. Only creative fodder. I find the ideas with legs have a kinetic energy to them: scenes, scenarios and details populate quickly, while you’re driving, taking a shower, falling asleep. Follow this.

I do. The Horror Community is a wonderful, welcoming and brilliant group of folks. Case in point: I have a group text with a bunch of bloodsuckers I met at Overlook Film Festival (shout out Fernies!). Would that happen at a non-Genre film fest? Let’s put it this way: it hasn’t yet.

I explore, examine, and interrogate Southern worlds. For this, I usually have to look no farther than my own backyard. There is a lot to be inspired by if we can do the hard work of getting personal.

It would probably take a while to realize I was in a horror movie – and by then, it’d be too late!

Leatherface from the ’74 Texas Chainsaw Massacre. The virus in the ’73 Crazies. The Demons of the ’81 Evil Dead. Oh – and the Pig People from the Twilight Zone episode, Eye of the Beholder.

Everything will feel relatable but unfamiliar as long as its specific. But my own specificity will only take me so far – I rely on a production designer to pass go and collect the proverbial 200 dollars. Jessica Govea on the Rougarou was instrumental in building that look and atmosphere. Walking onto a dressed set after everything has been living in your head – that’s magic. Additionally – there are moments in the Rougarou that feel unfamiliar but relatable for a different reason. For example: the overhead shot of the wolfprint was a Jurassic Park nod. It was by taking something everyone has seen (JP) but transmogrifying it onto a Southern Werewolf, that gave the moment its impact.

Ghosts, demons, possession, walking home alone at night. When I’m in the throws of writing a new story, I tend to sleep with the light on…

SO MANY! I’ll name a few in my canon: Black Christmas ‘73, The Evil Dead ’81, Samuel Fuller’s White Dog, Bill Gunn’s Gangja & Hess, Let the Right One In, Night of the Living Dead. I watched Raw and Saint Maud recently and – amazing. Just amazing.