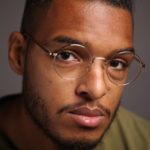 Marcus started off his media career as co-creator of a comedy podcast which garnered around 40,000+ life time downloads, sitting around the top 100 podcasts on iTunes and featuring regularly on the homepage in the New & Noteworthy section. Registering a company named Fresh Take Media, he built up a raft of contacts within the music industry shooting music videos, creating a web series that amassed over 100,000 organic views, promotional content, red carpet interviews and festival content. His MA graduation documentary from the University of Bedfordshire, BUBZY (2015), won a notable mention award at Let’s All Be Free Festival 2016 in the Documentary category.

His next produced short film NO EXPOSURE (2018), which looks at a young videographer who films low budget music videos in order to fund himself as a carer, showed at the BFI Southbank as a part of the BIFA Accredited SOUL Film Connect and British Urban Film Festival, and led to him being selected to attend the NFTS MA Directing Fiction course from 2019, and from where he has just graduated. Most recently, Marcus was selected to be a part of the 2021 cohort of BFI NETWORK’s BAFTA crew and his thriller/horror short film, THE RETREAT, was an official selection in the New Vision section of the Oscar-qualifying Sitges International Film Festival and was released online via Short of the week.

His most recent short film, and NFTS graduation piece, CATERPILLAR (2021), has just finished a near-four-year development journey, beginning when Marcus was selected to attend the B3 Media Talent Lab in 2017 where he was given funding to develop the script. It’s due to hit the festival circuit in the coming months, while Marcus begins to focus on developing his own slate of longform film and television projects.

I was gonna say I can’t think of any, but then I remembered that Get Out exists. I guess the scenario he finds himself in, how uncomfortable he feels in just existing and being in white spaces as a black person and people not being able to see past skin colour is about as close as I can get to aligning myself with a horror. Beyond that, I want my life to be nothing like a horror movie.

Most of my ideas are bad until they’re not. I typically write all my ideas both good and bad into the notes app on my phone, which over time has become a treasure trove of s**t. I’ll have a scroll for you now until I land on one... *scrolling... scrolling*... ‘A young boy accidentally kills his pet dog and his father becomes increasingly worried that he will form a taste for blood.’... It’s actually not that bad. Usually what happens is, I come up with ideas and if I find myself thinking about them unconsciously, or if it gives birth to a bunch of smaller scenarios, then it is usually something that I will pursue to an outline stage. I try to keep things organic.

Not really. I didn’t even feel that I was part of a film community until I got to film school, I’m a bit of an outsider in the industry... I’m from a small town/village in Northamptonshire originally, so I didn’t grow up around creatives. It’s good that my work is beginning to infiltrate the circles though.

I was operating in short film world, so I was largely going with my gut, which was telling me that The Retreat would be situated up on a farm somewhere lo-fi, even if the first instinct when reading the script made it feel more like an asylum. Thankfully as we began scouting, there were lots of old farms and barns built in the 17th century, so we just really leaned into the aesthetic. It wasn’t a complete fluke... the intention was to create a setting, a world and a film which takes place in a period of time and location that you can’t pin down. All in aid of making it feel like it could exist right now and you can’t discount it.

Probably have a lovely spot of breakfast. Go for a walk through the hills. Feed some deer. Watch a murder. Eat some cake. Do a bit of screaming into the ether... Just regular retreat stuff.

Jason Voorhees, the Alien which ruins the Mexican birthday party in Signs and Caleb Landry Jones. I won’t be elaborating. Please respect my privacy at this difficult time.

I’m terrified by things which exist, but no-one speaks about or people dismiss... So ghosts and aliens regularly leave me in terror and I’m scared of the dark, either because my imagination is too wild, or there is some scary s**t hanging around in it waiting to crawl underneath my skin... We just don’t know. In my future projects I typically use my own anxieties as a way of guiding me toward and through the scary stuff. If I feel something or on edge creating a moment, then there’s something in it for sure.

I think it has to be the Shining. I was 18 when I watched it and even though I wasn’t into films at all, I took so much from it. Primarily that with good sound and music, even a title card can make you jump. In fact, I’d like to add one of the title cards from The Shining to my Horror Villain squad please.