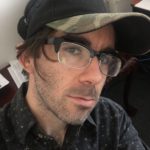 A native of Blackfoot, Idaho, Peter graduated from Idaho State University with a degree in Theatre. He went on to earn MFA in film production from the USC School of Cinematic Arts. In addition to working in the film industry, Peter has published coloring books based on the films A Trip to the Moon and Night of the Living Dead. He’s also the mastermind behind the @NPRmageddon twitter handle that imagines what public radio will be like after the apocalypse. He lives in Los Angeles. 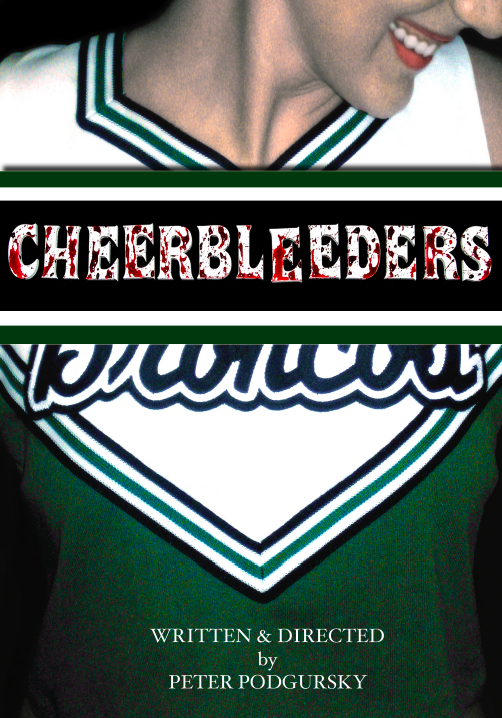 Ash from the Evil Dead series. He’s like Sisyphus from Greek mythology who, as king of Corinth, became infamous for his general trickery and twice cheating death. Zeus dealt him the eternal punishment of forever rolling a boulder up a hill in the depths of Hades. Philosopher Albert Camus saw Sisyphus as the absurd hero who lives life to the fullest, hates death, and is condemned to a meaningless task. That sounds like Ash to me. At least he’s having a good time in the process. I can relate.

It seems to me that you could just as easily start off with a good idea, move past it, and then land on a bad one. An idea that I had that I had that NOBODY EVER LIKED was a short film about a kid that filled up a squirt gun with HIV-infected blood and went around shooting people in the face. To my thinking, this is a bad idea in the best way.

Cheerbleeders takes place at my actual high school in Blackfoot, Idaho. I hated high school. My biggest regret is that I didn’t make make the fictional version of my high school horrible enough.

Stay home a practice “social distancing”. This also happens to be what I’m doing as I write the answers to these questions.

Who would be on your ultimate horror director squad?

I have this idea that there were four fillmmakers in the 1980s that were making films that were in conversation with each other. Sam Raimi (Evil Dead), Peter Jackson (Dead Alive), Don Coscarelli (Phantasm), and Stuart Gordon (Re-Animator).

My producer Nicole Phillips boyfriend at the time was an artist. He made two Greek urns for the film. We broke one and I kept the other one. The image on the urn is a taken from an ancient plate depicting a scene from Euripides’ The Bacchae that mimics a similar scene in the film.

I’m afraid of dying. I’m afraid of physical pain. This inspires my storytelling because I reflect on painful ways of dying that would look cool.

And finally, Ghostface would like to know ‘What’s your favourite scary movie that very few people know about?’

There’s this fantastic film call “The Strangler” from from 1964 that is worth your time to seek out. It stars Victor Buono, who played King Tut in the kitchy Bat-man TV show from the 1960s, as guy who strangles women to satify his carnal desires. This is a film where killer is the main character. It’s pretty twisted and vitually unknown.